I like to talk about Italian artist and designer Bruno Munari, hold him up as a model, because of the general nature of his practice, which ignored boundaries between the various kinds of work he was engaged in. Munari made graphic design, sculptures, paintings, exhibitions. He lectured, he taught, and he wrote. In one text from about 1964, “A Language of Signs and Symbols?”, Munari offers up his own primer
on visual literacy, although typically, it has his touch of the absurd. Like Dondis, Munari is describing coherent sets of symbols with grammar, vocabulary, structure. These include electrical schematics, road signs, and hobo symbols [↓]. 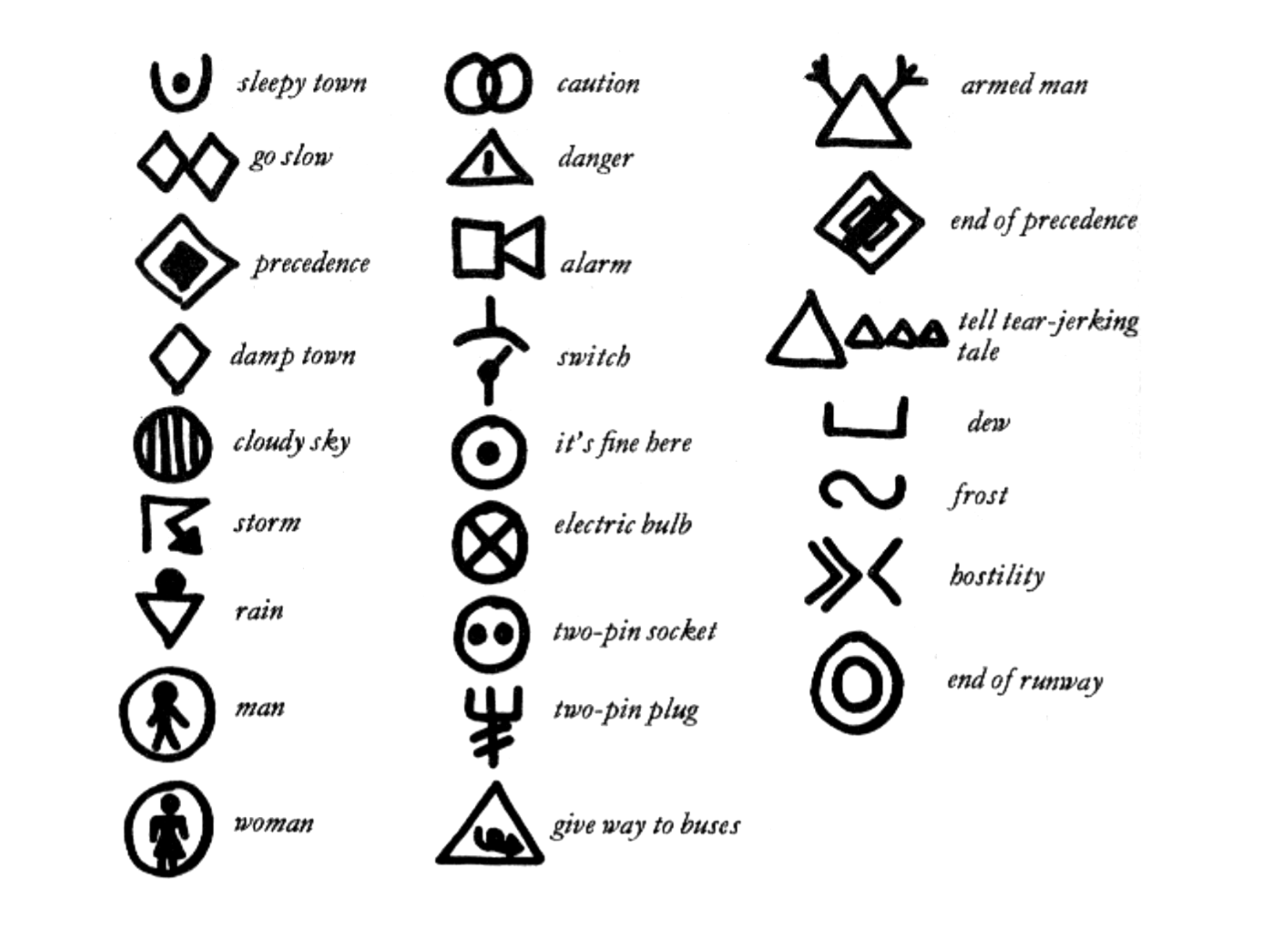 Hobo symbols are used to mark places, for example, along a freight train route, to indicate what may or may not be available in a town or area or what kind of people and reception to expect somewhere—helpful tips for the next traveler. The top left one is a sleepy town. The two diamonds next to each other indicate “go slow.” One that actually looks like what it means is the armed man. The triangle actually looks terrified. The bent arrow for a storm is an interesting choice. Look at the symbol for hostil­ity; that would be a hard assignment. These are icons that might be written along a well-worn hobo route, on train cars, or on a fence. They were meant to be read only by this self-selected group (tramps, hobos, vagabonds) that has decided to live this way and to adopt this visual language.
Symbols could be combined. For example, here [↙] we see armed man plus fierce dog. And then this one [↘], which looks like a face and it combines symbols from three sets to convey its message: “I am in a narrow place between rain and snow, please help.”

This work is typical Munari—it is funny, it’s curious, it’s synthetic, and it’s visual. He’d have called it “design research.”
Continues in class . . .
November 2, 2021
After Effects