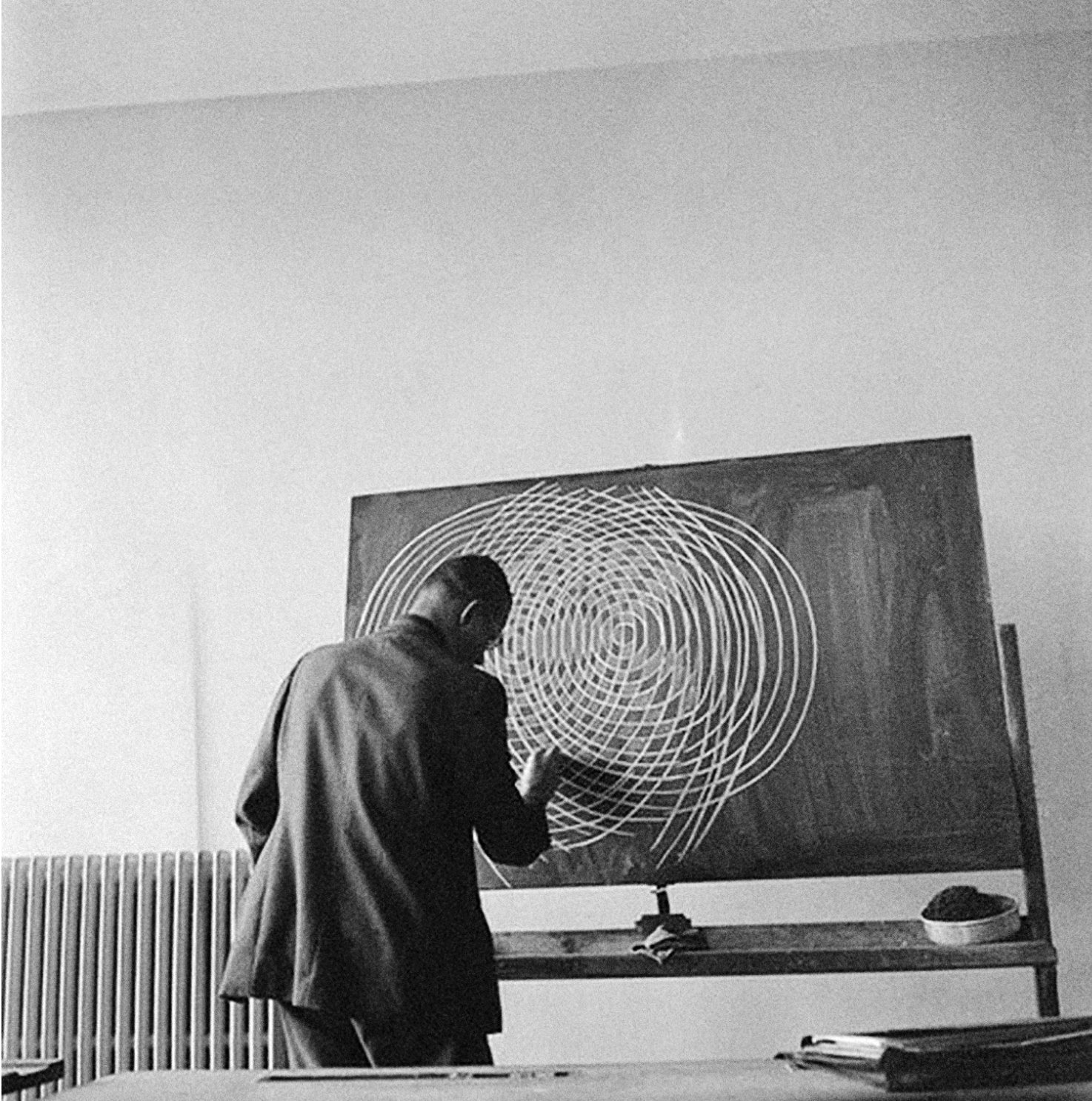 Here’s Max Bill [↑]. He’s drawing some remarkably neat circles on the chalkboard. This image gives me some—perhaps false—insight into Bill’s character, as someone who would be able to draw such a precise circle again and again on the chalkboard in overlapping configurations. Bill was born in 1908, in Switzerland, and studied architecture. He identified as an architect and, in fact, designed many buildings, but he was also a graphic designer. He was also an industrial designer. He was also an artist and a teacher and a writer. Bill was a generalist who didn’t make crisp distinctions between design practices—he let the projects and the work lead. I like that aspect of his practice. 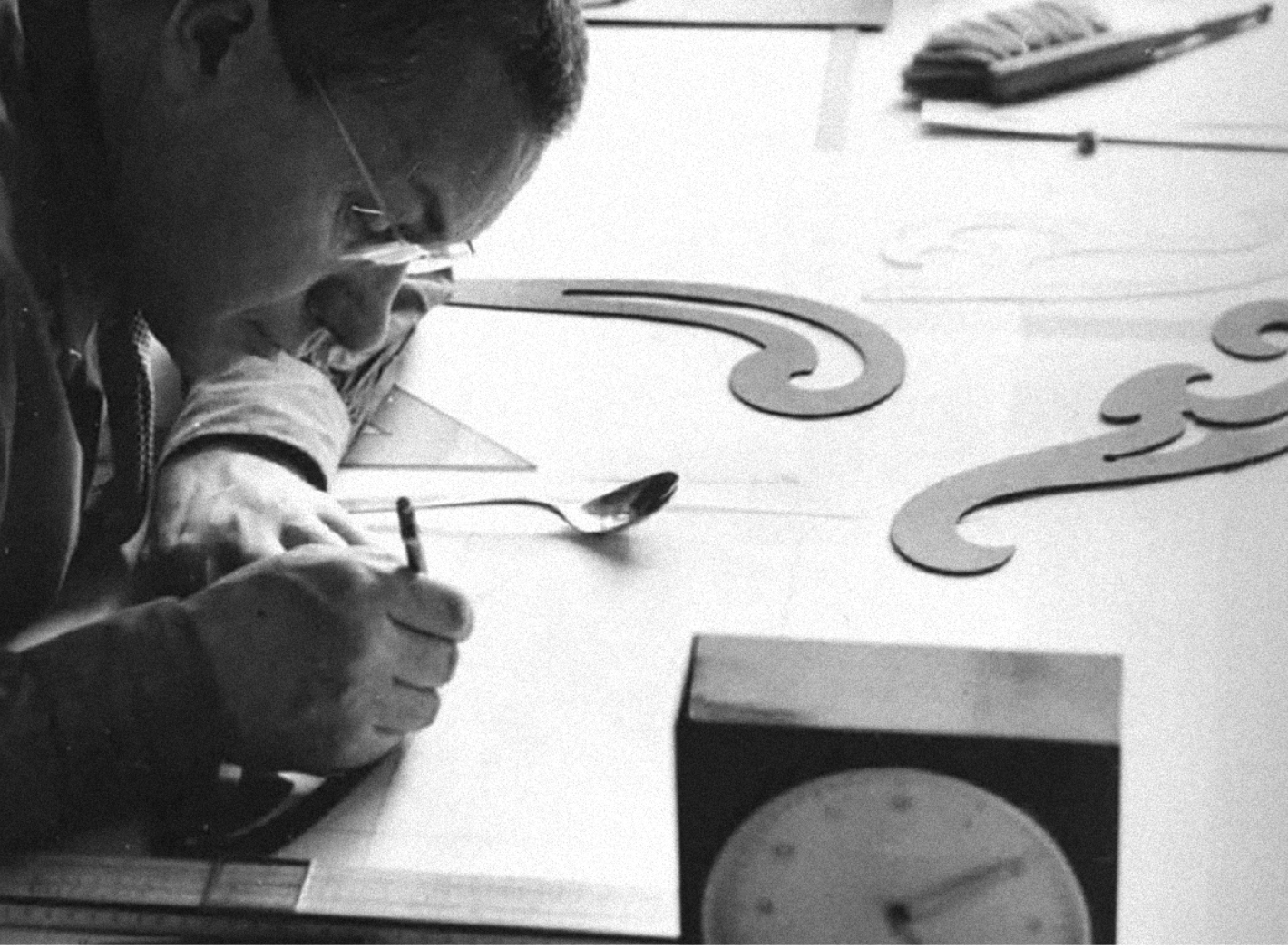 Here is Bill sitting at his drafting table [↑] with a pair of French curves, designing a spoon.
And here [↓] he’s working on a sculpture. 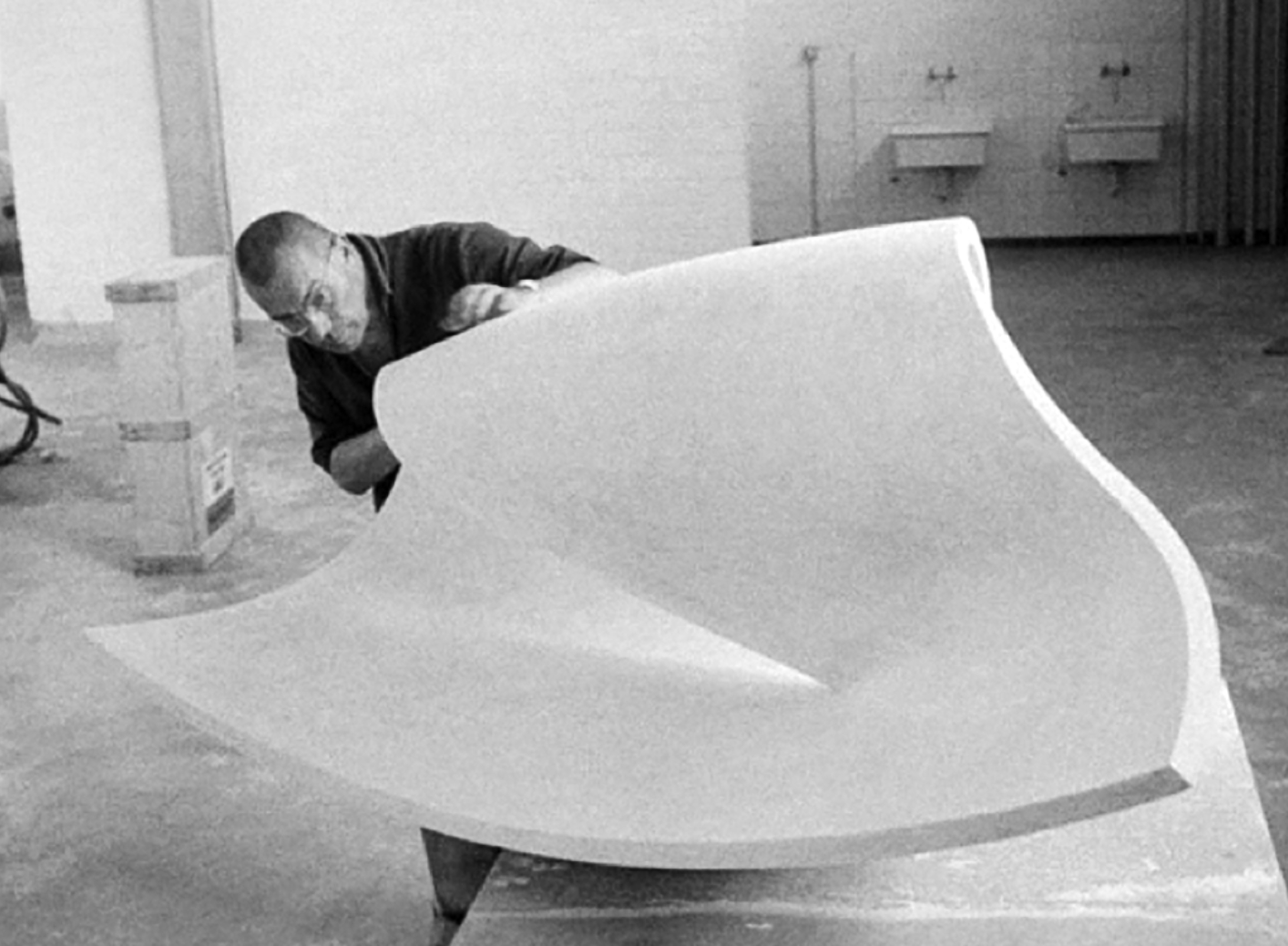 His sculptures were often commissioned for public spaces and took the shape of three-dimensional, complex geometric forms, like Möbius strips, modified spheres, Klein bottles, and other gestalt forms. Bill was a modernist, meaning that he adopted a brand-new visual vocabulary that was in step with the way the world was changing around him; he had a desire for new forms that addressed new problems, never defaulting to what existed previously, but rather reinventing each time, obeying poet Ezra Pound’s ur-modernist command to “make it new.”
Continues in class . . .
September 28, 2021
A Few Forms